Kitty Kat Pole Dancing brings one of a kind, Fitness Instruction and Technical Training to the Art of Pole Dancing and First Class Pole Parties.

Pole Dancing Classes is Great for Fitness, Fun, Bachelorette Parties,Birthday Parties, Self Empowerment, Cancer Survivors,Newly Single,Meeting new Friends and more . Kitty Kat Pole Dancing is located in the heart of Miami and only four miles from South Beach. Our certified instructors will make you feel comfortable and welcome as the teach you. We will help you lose weight, tone your entire body and feel energized while having fun with our daily classes. Check out our customer reviews!

Celebrate Your Special Occasions with us! Bring your group of ladies to Miami for the most memorable party ever! Visit our Pole Party Tab to view our Pole Dancing Party Packages.

About Cynthia and her Pole Dancing parties and classes 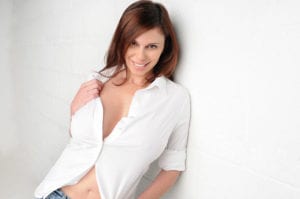 Cynthia is a prominent pole dancing studio owner and teacher with a studio located in downtown Miami. Her services cover South Beach as all South Florida. She has always been a major believer in healthy living and eating habits. Cynthia became attracted several years ago to pole dancing as an excellent way to remain fit and healthy. She started teaching pole dancing classes at a local gym, and decided in 2007 to open her own company to organize pole dancing parties and events, which she named Kitty Kat Pole Dancing. Cynthia first started on a part-time basis. For the past four years has succeeded operating and maintaining her business on a full-time basis, combining a full schedule of classes at her studio with individual and group pole parties.

Kitty Kat Pole Dancing has also developed a presence on national TV networks such as Bravo, TLC,  Plum TV and MTV Music Television and has been featured as well on local Miami Telemundo  TV channels news and entertainment programs. Cynthia is a former Pharmaceutical Representative with over 13 years sales experience, during which she earned her employer’s top sales distinction (President’s Club) five years in a row. She was born in Germany of a Greek background and was raised in the US state of Georgia and in Puerto Rico. Cynthia later moved to Miami to attend college at FIU’s Hospitality management program and started working as an international airline flight attendant, traveling the world and seeing cities such as Moscow and Nairobi on an ongoing basis.